Beauty and the Beast / Blast of the clean slate: a reading in the story of Sheikh San'an
A reading through the beautiful and famous short story 'Sheikh-e Sanaan' (شیخ صنعان, from Attar, 11th century AD), which is about a love-story, anti-clarity movements in the 8th century, master-student locks, ontology of insult, idol and eidolon, etc. and generally look at the special-effects of the architecture/technology of poetic order in the middle-ages middle-east.

Attar's Sanaan is living by a roaming assemblage of assertions. [he wrote his poems when the highly religious Sheikhs would go to monasteries and drink wine with the non-Muslims in Saljugh's time medieval Turko-Persian. The Seljuqs were educated in the service of Muslim courts as slaves or mercenaries. The dynasty brought with itself a revival. Under the Seljuqs, New-Persian became the language for historical recording. Attar's name means herbalist, druggist, perfumist or alchemist, and during his lifetime in Persia, much of medicine and drugs were based on herbs. Therefore, by profession he was similar to a modern-day town doctor and pharmacist. Rose oil means attar. He died a violent death in the massacre which the Mongols inflicted on Nishapur in April 1221.]—in his birds epic (The Conference of The Birds), he is bringing an instinct coalition that translates all movement into a devouring collectivity: the logic of their fading (—the birds')—the same explosively that fuels their inception; (Why the birds have to gather in the first place?!) 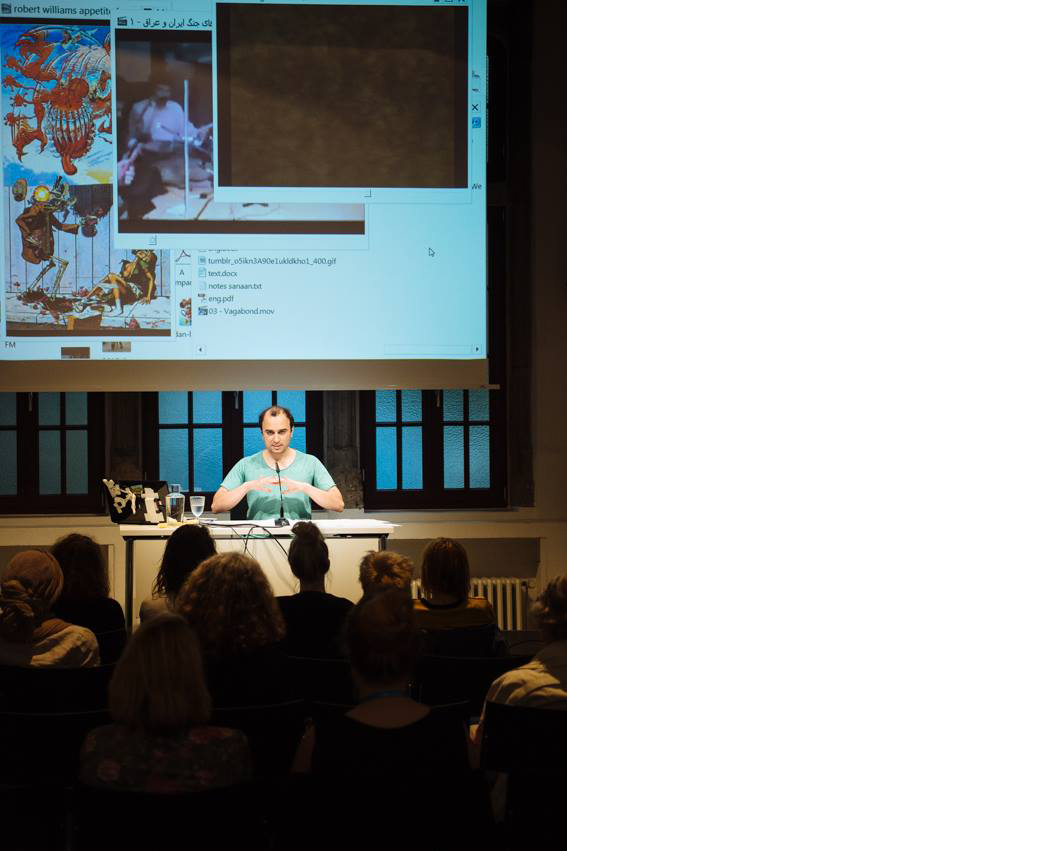 © 2016 Sina Seifee Made possible by the kind support of