a darker purpose
The lecture a darker purpose, is a prolonged version of giving-a-toast at the wedding table, an imaginary toast to a prepared audience of King Lear, aimed at Shakespearians—presented in reality to an audience less expert in the intricacies of King Lear. In the lecture-performance I begin to learn to disassemble the performative speech-act of each character from King Lear, their rhetorics, and their psychosis.

Starting with Shakespeare's play and the scene of marriage in the beginning of King Lear, the performance continues through looking at the function of rage in politics and human relations, servility and authority, the future of politics, division of labour, speech-acts of love, art and anger. There are few characters in the play, who are true artists arrested by power and have to generate a delicate expressive relationship in order to survive in its state. Recalling and reinventing these characters is not aimed at the idea of bringing something back from past to the present, rather to push them towards the future as something that is already disjointed in time. Fool keeps serving and perishes, Cordelia rebels and is murdered, Edgar learns to disguise and becomes the new boss. The format of the performance is inspired by the opening of the play—when the three sisters are officially marrying. The setting of a wedding table provides, in one hand, the excessive force of the toast-speech to charge the lecture with the politics of love's gesture of speaking itself, and on the other hand, re-stages the scene of marriage, which is the beginning of all conflicts in King Lear. Therefore, the setting of the performance will imitate the situation of a 'special' social gathering, where love is asked and announced by its actors. This setting contains food and drinks, table with candles and flowers, cheep decoration with balloons and confetti. 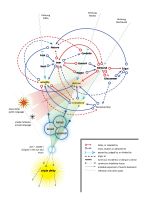