Artist's Book
The abstract model is a motivation to approximate something that is not thinkable as a real object, it attempts to emulate its semi-fictional referent, and it is in its failure to do so that it allows for imaginative inhabitation. Model is neither pure representation nor transcendent object. It claims a certain autonomous objecthood, yet this condition is always incomplete. The multiplicity of the rendered objects presents their existence as a sort of failure of a scientific design, as if a concept of something geometrical is being constantly tested. They are ideas of space, they exists merely as desires.

This work consists of a body of selected images of geometric three-dimensional generated objects resp. computer rendered modellings of mathematical character. The images are printed on paper and put on a table presented as a body of work in an artist book exhibition in Tehran; The actuality of the book as an object and its representational readings is what interests me in this project, images of objects. Book is an abstract space, a generative machine for its objects. This idea relates to the technology that helped to generate the models in first place. The book is essentially the physical embodiment of these processes which occurred in time and realized the geometrical models. But the idea of machine here is not something of a fixed functional objective, rather a creative entity. Every machine is a machine connected to another machine, with many conscious and intelligent makers. This idea is fundamental for me to move away from any procedures that reveals a artist's hand that creates art. 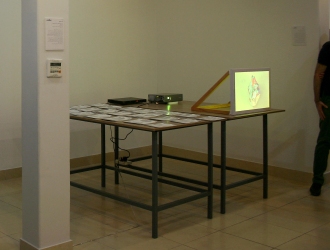 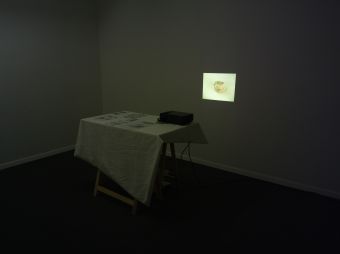 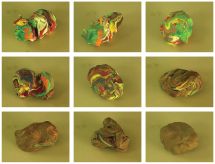